India has a rich history of games and recreation ideas. From chess to field sports, Indians have always loved games that are interesting and engage attention for a considerable amount of time. Games are the way of spending quality time with families and friends, especially during small house gatherings.

With online card games available at various platforms, one can connect with their families from any place, anytime. Or you can even engage with players from around the world.

Here is a list of card games online that are most popular and most liked by the Indian population:

It is a pretty simple game that can be played endlessly. The rules of the game are easy: you are dealt three cards from a regular deck with one card decided as the joker. There is a compulsory bet known as a boot that must be placed before the cards are dealt with. One can increase the amount of bet after each round if they are confident about their cards, or surrender. There are a lot of platforms that let you play Teen Patti either with points or with actual money.

This game is especially prevalent in India as it can be played by an unlimited number of people, with a minimum number of 2 players required. For example, a player starts with a 7 of hearts, and the player next needs to play a card higher or lower (that is, 6 or 8 of hearts) than the previous card. If they don’t have such a card, they pass. The next player can now put a card of any suit, though the value should still be the next higher or lower. The player who gets rid of all their cards first wins.

Highly accessible and engaging, Rummy can be played with 8, 13, or 21 cards. Each player is dealt a set number of cards, and they have to arrange it sequentially. It means the cards must be arranged as follows: Ace, 2,3 and so on. There must be at least three cards with the player that is in sequence and are of the same suit. The players can also discard the cards. In a game of Rummy, there are other rules and variations as well, depending on the online platform you are playing it on.

Three players can only play this fun game at a time. Thirty cards from a regular deck are taken out (from 8 to ace of all suits). From these, a card of 2, 3, and 5 are taken, shuffled and dealt. The player who gets two makes two hands. The same is followed by the other two players, the one who got three hands, three cards and the one who got five hands, five. Players who have more cards than their share win.

Multiplayer card games have gained a massive following in recent years and are a fun way to connect to family, friends and to connect with new people. With features such as live chats and video chats, playing card games is a perfect pastime, and you can play like a pro with more practice and by checking out other variations of a card game. Happy playing! 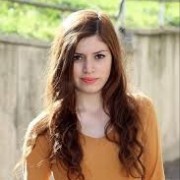 Baby Toys – Factors That Should Be Considered